Why I love male colleagues better 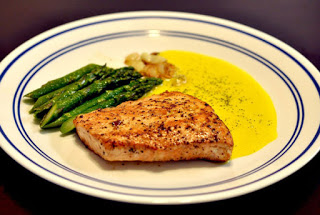 Posted at 00:00h in Blog by nisha 0 Comments
Prompt: What you don’t know (Used in sentence)

When I landed in Dubai, 17 years ago, apart from adapting to the new work genre, I also struggled to ‘fit-in’. If learning the trade of logistics was hard enough, then I wobbled finding my trendy feet. And because I was determined to hold my nose high up in the air, it was a tight-rope walk atop slippery ice.

Hiding my weakness was my strength, then. What you don’t know, stove it under the carpet – was my foolish mantra. I was NOT this me. I doubt if I even had an iota of the current me inside myself then. But, then, if I knew what I know now, I would not be what I am now. Okays?

Well, we had among us one Indian female, a prima donna I called her (only in my head). When we greeted one another with a good morning, she would walk-in, bouncing off her tresses from one side of her shoulder to the other and rubbing her derriere, “hey, is the line showing!” She was one panty-obsessed woman. She had such knowledge about the different brands, the texture, cut and fit of undies, I initially wondered if she was a lingerie sales woman before.

But soon, I garnered she was one helluva detail-conscious nerd about anything personal. She smelled tea but did not drink it; nibbled on pizza but did not bite into it; bought chocolates but distributed it… she only had carrot juice for breakfast, fruits for lunch and salads for dinner. Liar! She might be hogging before she comes to work, I thought.

Every Sunday morning, she hopped on to the weighing machine naked and measured her waist with her tattered school belt!

One day she wanted to treat us. We joined her on one condition that she would EAT. Eat a proper meal. So, the two men and four women of our team headed to a Thai restaurant. It was my first time. I mimicked an order placed by the luminary herself.

“Omg! Such thick chillies!” I exclaimed when served.

Miss perfecto, seated right opposite me, giving me a smirk, delicately pricked into one thick green from her plate and maneuvered it between her painted lips in a manner that would put a classical dancer to shame.

“Too much spice is not good for your tummy!” I advised, impatient to share my knowledge.

Pricking into another, she announced, “This is asparagus, Nisha. Loaded with vitamins. A healthy green,” she swirled her jaws, “Umm…I… love… it!”

The women laughed, as if they were born on asparagus beds. One of the men said, “It’s a tasteless stem, don’t bother eating Nisha.” The other changed the topic instantly.

This is why I love men!

But I loved myself more, even then. So I was determined to bite even.

“We should have ordered bro-co-li soup,” I chimed as best as I could.

“Anyone for broccoli soup,” announced Miss Perfecto, into my eyeballs, “Bro-Co-li flushes out E-Co-li off your system.”

Thanks to her, I took to studying phonetics with a vengeance…and importantly I no more shy away from admitting what I don’t know.