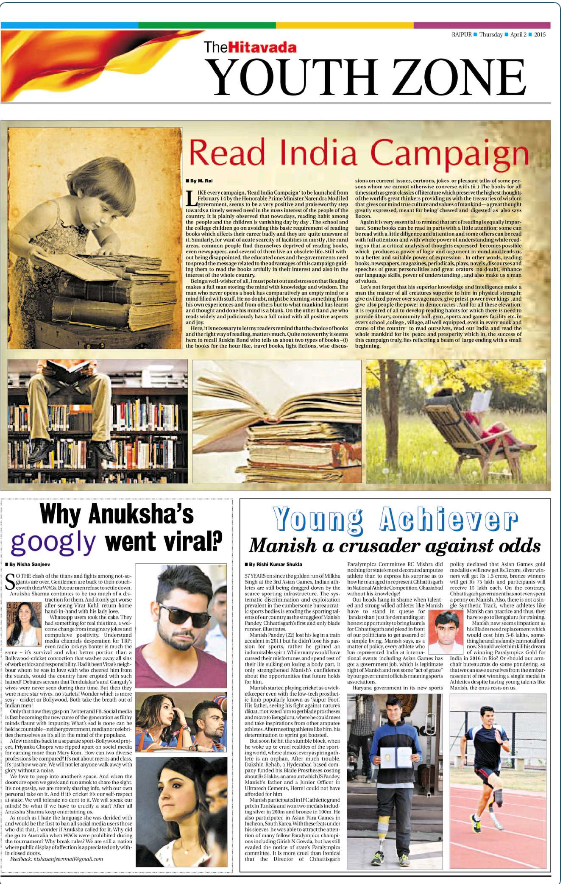 This appeared in today’s Hitavada

So the clash of the titans and fights among not-so-giants are over. Gentlemen are back to their couches with their WAGs. But our men refuse to settle down.
Anuksha Sharma continues to be too much of a distraction for them. And it only got worse after seeing Virat Kohli return home hand-in-hand with his lady love.
Whatsapp users took the cake. They had something for real this time, a welcome change from imaginary jokes and compulsive positivity. Understand media channels desperation for TRP; even radio jockeys banter is much the same – it’s survival. And what better potion than a Bollywood-cricket concoction that washes away all sins of work ethics and responsibility.
Had it been Virat’s neighbour whom he was in love with who cheered him from the stands, would the country have erupted with such hatred? Debates scream that Tendulakar’s and Ganguly’s wives were never seen during their time. But then they were mere star wives, no starlets! Wonder which is more sexy – cricket or Bollywood. Both take the breath out of Indian men!
Only that now they gasp on Twitter and FB. Social media is fast becoming the new curse of the generation as filthy minds flaunt with impunity. What’s sad is none can be held accountable – neither government, media nor celebrities themselves as it’s all in the mind of the populace.
A few months back in a separate sport-Bollywood project, Priyanka Chopra was ripped apart on social media for earning more than Mary Kom. How can two diverse professions be compared? It’s not about merits and class, it’s just how we are. We will not let anyone walk away with glory without a noise.
We love to peep into another’s space. And when the doors are open we gawk and run amok to share the sight. It’s not gossip, we are merely sharing info, with our own personal take on it. And if it’s cricket it’s our self-respect at stake. We will tolerate no dent to it. We will speak our minds! So what if we have to crucify a star? After all Anuksha Sharma earns her keep entertaining us.
As much as I hate the language she was derided with and would be the first to ban all social media users those who did that, I wonder if Anuksha called for it. Why did she go to Australia when WAGs were prohibited during the tournament? Why break rules? We are still a nation were public display of affection is appreciated only within closed doors.
Spread the love