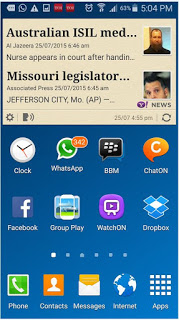 Posted at 00:00h in Blog by nisha 0 Comments
The word ‘troll’ I assumed was only associated with fishing. As in fishing in the waters for those aquatic creatures, until I discovered nothing-worthwhile-to-do vertebrates who fish for celebrity slips in the virtual world are also called trolls.
Bollywood’s very own Alia Bhatt introduced me to the word through her infamous faux pas recently. Am I a late bloomer? Possibly. Am not too high on matters of tech. Now, I consciously have stopped forwarding Alia jokes that come my way. Enough of passive trolling!
Pls do not respond if you do not have anything to add of value

My action is thus, also because I’ve had enough of another similar breed that’s usurped my mobile – WhatsApp pleasers! Someone please name them!

They are more prevalent in professional groups, than friendly or family groups. In common parlance on any given day you may want to call them arselickers.
I’m a member of at least five such groups. In my best moods, I find it hilarious. Their activity starts long before sunrise, replying to ‘Good Morning’ thought-of-the-day posters. From icons of varied sorts to folded hands, thumps-up of left thumb, right thumb, claps, victory sign… smileys and hands-up of one hand, two hands… So far so good. It doesn’t stop there, they key in – ‘Well said’. Good thought’….
And if anyone in the group were to share a hot news or an opinion piece [that doesn’t pertain to the group’s normal activity], then I mute my mobile. “Thanks for the info XX”; “XX thanks for sharing”; “XX very informative,”; “wow, wow, woo captivating XX”; “XX appreciate your thought about sharing” [what the !!!!  they think about his thought, too].
If the person forwarding is a senior, then every single member in the group will post their acknowledgement.

Now, this takes the cake. I read this the other day in one of my groups. “Will surely find time to read it XX, Tks. It’s fab”! Without reading the person knows it’s fab. MORON!

It doesn’t stop there. The original forwarder replies to this with hugs, tears, kisses, lols… And each time the mobile alerts you.

However, when a controversial news is posted on professional groups, reactions are guarded… “Oh”; “Um”. Yet they cannot hold from reacting.

The least you could do is stop the round-robin

This is one of the banes of social media. Of course, the worst being moral policing and virtual arraignment. But then, that’s serious stuff that the community and world media trolls on.

I’m more concerned about the trolling that creeps into my bedroom. I’ve missed many important calls and delayed replying to numerous messages because of these Whatsapp arselickers. I’m forced to RIP my device during peak hours.
Well, requesting ‘pleasers’ to stop their virtual activity will take a lot more effort. The least you could do is stop the round-robin. Old posts, which had collected its share of smileys and hugs and thanks, again being forwarded a few days later by someone from the same group and the same chain of reaction continuing all over again. PLEASE! somebody throw them in the ocean!
At least check before you forward. Have you read it before, have you forwarded the same? And for Pete’s sake do not respond if you do not have anything to add of value.
Can’t wait for Whattsapp to begin charging for the service, at least such suckers will think twice before reacting.
Meanwhile, someone please name them!

Isn’t this the hottest news ever…You may blame WhatsApp for surprise pregnancies!

Don’t tear your hair out yet.