To all elitist Indians, I say RIP 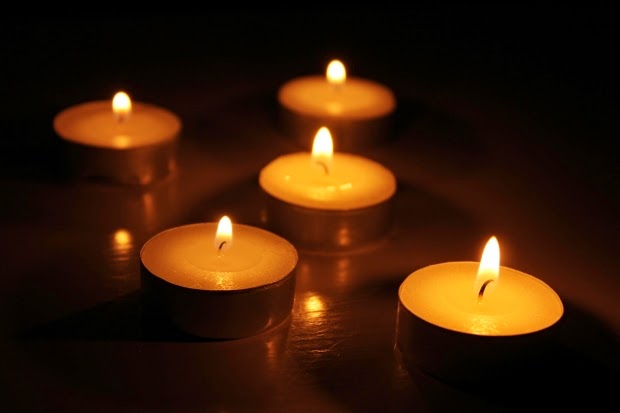 08 Dec To all elitist Indians, I say RIP

Posted at 00:00h in Blog by nisha 0 Comments
This morning I read of an American and German family that held a candle light vigil at the beach in honour of a US teacher who was murdered in a shopping mall last week. What moved me was that both the families didn’t know the deceased personally.

I’ve had a few deaths in my family, too, recently, which moved me for reasons that make me angry. When one of my middle-aged cousins died, an elderly aunt was heard telling his widow, who was sitting beside the body of her husband, “Good, he’s gone. Now you can live your life peacefully!” Another family member wanted no post-funeral rituals for him.Why not?
He’s got a teenage kid with an impressionable mind, you dorks! I wish to scream.
Any thought for the youngster? The young widow?  Yes, he was an alcoholic. But he was not an abusive husband or father. Isn’t there something called sensitivity?
A kind word, if not about his wasted adult life, at least about his early days. His more productive younger days, would have helped his son remember his dad better and would have redeemed his soul, too.
But that’s my community.
More recently, I lost my paternal aunt. The funeral and rituals were executed to the fault, with social media mourning, too. All the elitists showed up in strength because she apparently lived a full life as society deems right.
However, her adult daughter is now allegedly showing signs of distress. Wouldn’t her guilt and pain been less had she spoken her heart out at the post-funeral rituals, recalling the good memories with the old lady?
But that’s my community.
Years earlier, in the 1990s, when my maternal uncle passed away all and sundry only spoke of his alleged marital discord. Not a word about the two-year-old in his widow’s arms. Not a word about his aged parents who watched their only son lay dead before them. To think of all that bad mouthing during that mourning period, makes me shudder to this day.
This is not about my family. Rather it’s the Indian-ness.
A few good words about the departed soul told loud and clear for as many people as possibly could hear will help all those affected by the passing away of an individual.

But the best people do is huddle in groups and sigh ‘Oh! sad!’;  ‘She or He was a nice person!’ And if the person was bed-ridden, then a public sigh – ‘Glad the suffering has ended!’

And then prepare for a status show of spreading an elaborate feast in the name of post-funeral rituals.
Words matter. Words soothe. Words heal.
I like the western concept of a memorial service for the departed for this particular reason. The dead are celebrated. They are remembered for their best – no matter how rotten a life they may have led. It makes the family feel good. Those who gather leave with satisfied hearts.
In my community, people who gather leave with satisfied stomachs.
The concept of a memorial service is not popular yet. And in my community, it’s embarrassing to even consider any show of public emotions. But a show of elitism is befitting.
I will be ostracized for even suggesting this. Nevertheless. If it’s okay to savour burgers and pizzas along with our earthen curries, and if it’s absolutely okay to dream of sending our kids abroad, why not ape the memorial service to eulogize the dead and uplift those affected?
It would offer the surviving an opportunity to wash away their guilt and any wrong thoughts and acts they may have exchanged or engaged with the deceased by recalling the best times they spent together or by simply acknowledging the best traits of the person that is no more. Rather than huddling to gossip and gathering to eat.
Well, strangers who mourned a slain teacher reminded me that my community, too, have moved with the times and have adopted an emotionless expression. RIP, we key in now!
To my community I plead, RIP it up – that elitism!

To all Non-Resident Indians, with love!