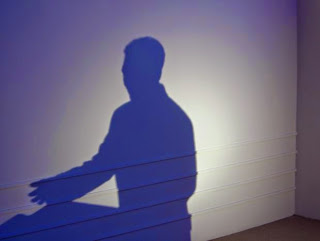 25 May Shades of adult morality

Posted at 00:00h in Blog by nisha 0 Comments
Yesterday as we sat for our customary tea break (exclusive mom-daughter time that both of us hate missing out on) my girl briefed me about her day at school. And at one point refused to tell me how much her best friend scored in her test paper, because she promised her not to disclose the numbers to anyone. Nobody!

“How can you hide anything at all from me?”

“I promised her, I’ll not tell anyone. Nobody.” She stood her ground.

She had told me last week that her best friend wept after giving one of her papers. So it was a casual query to know if the girl managed okay numbers. But my child was not only adamant in not sharing her marks, but, upon insisting, asked me what I would gain by knowing her friend’s numbers.

A slap to my consciousness that was. I pondered why I insisted. No gain. Just vain. I withdrew with an ‘I love you kiss!

Later I got a call from one of the members of a NPO I’m associated with – a partnership that has been proving to be an eye-opener off late. Being a non-profit set-up, each penny is accounted for. Rightly so. And each half-a penny is haggled for, too, with communication skills unpeeling startling euphemisms for my untrained mind. Is it required to cut corners with lies? Aren’t there people around who would help you if you say it as it is? Is it that difficult to be morally conscious when working in a group?

There’s no right and wrong…that’s the irony of morality!

Now, that gets me to the mute game of passing the baton that happens every single day in the name of keeping the wolf off the doors. Each one at the workplace is over-loaded [that they sigh eight hours a day] with tasks, but none with responsibility! Each one is ever-ready for the war, up on their feet at all times to buck the baton, lest it rests on them. If only they utilized that energy to concentrate in executing their duties, the place would turn heaven on earth.

In fact, my heavenly haven has been intruded by well-meaning immoral characters, too, at times. Friends who’ve proclaimed they had my best interests in mind and fell apart when I didn’t heed to their suggestions on projects I took up. And would later learn they had haggled for the same work. A couple of them who invaded my life, sang my credentials and made me feel special only to distance themselves when they eventually realised I’m not ‘well-connected’. And yet others who closely monitor my social media accounts and call up only to check whenever a ‘who’s who’ comments and then I’m their best buddy… until, of course…

Morality is colourless, odourless, tasteless… taking the shades, shape and smell of the bearer!

None of them are wrong. And that’s the irony of morality. There’s no right and wrong. No definitions, either. It’s only perceptions at best. A perception that becomes invincibly adulterated in adult lives that it becomes a mystery. Shaded in hues varied to define smartness and efficiency as deem the needs, morality is abused as naivety, foolishness and ineptness. Adults who stay loyal to it are either considered too simple to understand ways of the world or are considered too dangerous to be acquainted with.

Morality is a responsibility that defines a character!


Yet, the same morality sits so beautifully within children keeping them buoyant. Morality is a responsibility that defines a character! It is colourless, odourless and tasteless taking the shades, shape and smell of the bearer.
If only I knew where enroute in one’s way to adulthood, at which exact point, morality morphs into an insensitive, shameless sword of Damocles that thwarts relationships, I would then lay my life at the spot and protect my child and safeguard the treasure in her from being usurped.
Spread the love