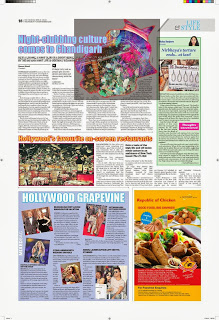 Posted at 00:00h in Columns by nisha 0 Comments
Nirbhaya has been delivered justice as the four men are sentenced. Neither do I want to debate the ethics of capital punishment nor human rights as much as the time frame in delivering the sentence versus the mass national reaction. Especially to those ranting ‘closure’.
What is that which has closed. The case? The family’s pain? or The menace called rape?
The case will drag the appeals route, the family can never overcome her memories and, most importantly, expecting all sick minds in India to having learnt their lesson with one case is wishful thinking. It is a landmark judgement with regards the time within which the guilty were sentenced. I beg to disagree with all those who claim this to be a landmark case. No rape is less gruesome than the other.
And that raises the ugly question of how many times the young girl was tortured by the public in the last nine months. Every time the details of brutality were described and explained she was being maimed yet another time. And so her friend, who is alive to receive the wounds afresh over and over again. If at all anyone has received a ‘closure’, it’s the people who discussed and debated and rallied for the accused to be punished.
Closure will come when each such case is dealt with in such earnestness. When all the cases languishing in the courts and in police files are served justice, suggesting there will be no more such cases. Can we hope the latter point is no wishful thinking?
The laws need more stringency. Such fast-track measures cannot be applied to all cases that erupt in the nooks  and corners of the country. And, most importantly, morality and consciousness of each individual should rise. Pray at least these are not wishful thinking!
Spread the love