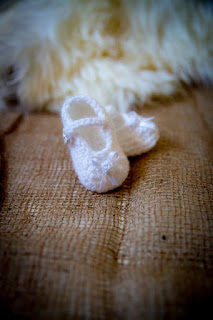 Quite a handsome, a well-built young man – father anew
Thrilled in joy was confused to see the world in one view
Delivered his wife, two cute sunny girls
Knew not he what to do, so swirled her in whirls
Costliest sweets of taste he distributed to palate
Cashless-ness he forcibly closed in his wallet.
Temples he rushed to thank the Gods and fulfill vows
His wife teased, double the vows for the surprise pack given
In letters he informed one and all, enemies alike.
Home he bought pretty frills and tiny shoes in pairs
Leave he took to change nappies tirelessly
For vaccinations and drops he alternatively rocked them
Songs he learnt to sing, at times his own surprised him
…..Twenty-five was he, touching his mother’s feet for blessings
For work he strode to a private firm, as a sincere clerk he shone
Heart his was hollow where the boss’s secretary slipped in to fill
Only to end at the coffee table, didn’t even vomit his feelings once
His mother chose him the horoscope and demanded his happiness
While he set day dreaming planning excuses to glimpse her
Marriage was contending to both families, their hush-hush revealed
On the first night he declared his crush to his beloved
Washing himself clean of his past, he sought her love
It’s she all he wanted and chose a farthest hill resort
Morning he woke up late, home he returned early
Office mates tired of her culinary skills
Stopped complimenting him on putting on weight
Dreams they dreamt together, plans they promised each other
Scooping each other’s heart buoyant they reveled in eternity….
Itched her nose, his mother’s roof split
Apple of her eye for months turned evil a soul
Reverend mother’s hand dominated and age-old wisdom filled his ears
‘No noble family has girls begot to first inherit
One girl I could bear, but two what will our ancestors say!’
His annoyance rose, her voice calling his sweetheart’s attention
From generation gap and orthodoxy to ‘it’s our life’ exploded his patience
Feminine tears welled even as blackmail rattled and he chose to hold his love
‘He is a small boy, how could he know better!’ concluded the I-know-it-all mother as she planned her scheme
Sweet was she on the twenty-eighth day celebration of the kids
Family and friends blessed the couple, ate and left
But later that day he heard shrieks
Rushed inside to see his wife wail in pain
Their bundles of joy puking blood, they hurried in panic
Doctors struggled for hours on the tiny bodies and declared
‘You arrived on time, but how did such poison enter their body?’
He went home straight, packed his bags and bid his mom good bye
Before he walked out, he faced the old woman, looked her in the eye
And said, ‘Don’t worry, kids are fine, possibly swallowed some dirt’.
As he touched her feet seeking her blessings, he prayed
‘O Lord, please forgive my mom for she knows no better’!
“Don’t go my son, she wailed. I am alone, don’t you know”
Three months later, he rushed to a call, wife in tow
He made his way amid people gathered around the well
They lifted her bloated body
From inside his mom’s palms, grasped tight to her bosom
He retrieved two tiny shoes!I am with Team #CrimsonRush for the #BarAThon from 1st to 7th August 2016
Spread the love