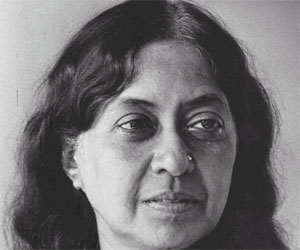 Posted at 00:00h in Blog by nisha 0 Comments
I straighten my back, heave out a guff of air and close my eyes. I am tired. No, it’s just my eyes, I tell myself and cut two pieces of cool cucumber, place it over my eyelids and sprawl out on my mattress.
Ahh! That guff of air again blows out of my mouth. No, it’s not my eyes. I take off the cucumber pieces and lie staring at the ceiling. I am exhausted. Yes, I tell myself and stretch the length of my body and lie still.
Ufff! My chest is again gulping in air to blow something out of my system. I sit up, utterly confused about my feelings. I am not tired. I am not exhausted. But it is aching. An aching within to know a great writer. She took me there within her. She ripped open her soul to me, but I couldn’t see. Or did I see?
I’m longing to wipe the mist and see clear. I want to know Kamla Das aka Madhavi Kutty aka Kamala Suriya. Who is she? Apart from being one of the greatest Indian writers and poets, who is the real she?