Hyderabad will remain my home until… 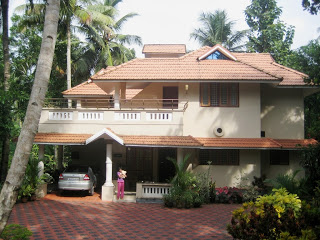 06 Aug Hyderabad will remain my home until…

When politicians tore Andhra Pradesh into two, I was reminded of my Journalism class. Our professor had asked us a question then – ‘why no other newspaper matches the popularity of Deccan Chronicle in the state.’ The class gave varied answers. At last, he replied, holding up an edition in hand: “Because this smells of the land.”

So even as numbers, graphs, pie charts and analysis are inundating the atmosphere, and political ramifications, social disruptions and economic effects are being deliberated upon, I, but, cannot concentrate on any of these so-called crucial factors.

The 29th state may or may not contribute to a stable government; may topple the one at the centre or the left or right or at the coast. It could possibly tilt the demography on religious counts even and lead to other states aping the same. But the twin cities of Hyderabad-Secunderabad, will continue to remain my home.

So what if it’s called Telangana or Andhra? By colouring your hair you don’t become a blonde at heart; by them draping a saree they do not become Indians either. You cannot dip a swan in charcoal and pass it off as a crow. It will still be a swan.

So, even as I hold the new map given to me to check if I am now an Andhraite or a Telanganaite, my feelings for the place remains the same. The administration will change; the infrastructure may look different in the years to come from that what we collectively envisaged, but the numbers and stats that reflect progress or regress will continue to remain as abstract to the layman as it has always been. And, everyday life of these people, whom a handful of representatives chose to re-christen and re-group and lead, will continue to be the same.

Will it? Hopefully. I believe in the adage that the fish rots from the head down. If the intention of the split was genuine, then the ripples of change will be positive. If it was anything but the welfare of the masses, trust for all the fears projected to come true.

And then, the masses that have been living and building their dreams on this land will have to abandon them. That’s when the actual bifurcation will happen. When people who comprise a state, those who give definition and meaning and life to mere geographical lines, shrivel their hearts and despise the mud beneath their feet… when they fail to inhale the smell of their land!