His looks could kill, so did hers! And they did… 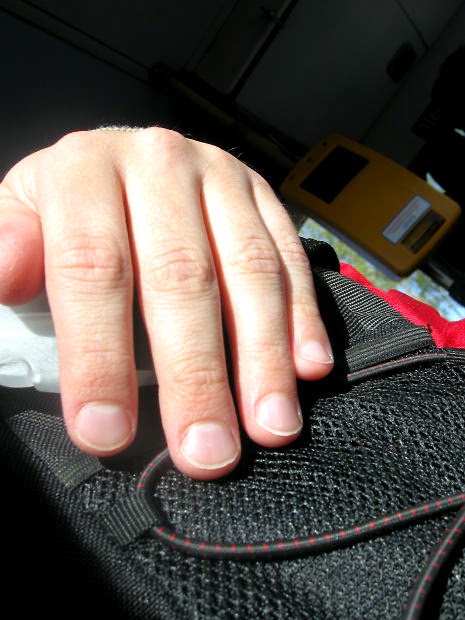 29 Apr His looks could kill, so did hers! And they did…

Posted at 00:00h in Fiction by nisha 0 Comments

As she walked in, she caught the security person waving hurriedly at her. She stepped aside.

A swanky Lexus pulled in.

She looked at her watch. ‘40 minutes more.’ Uncomfortable on being too early to work on the first day, she decided to wait out, admiring the manicured garden.

Through the tinted glass she caught a chiseled chin. Looks young!

Catching a movement inside, she crinkled her brows. Open-collar! She quickly touched her nose looking around.

One shining feet in black and she was all attention. The next landed and she threw caution to the winds. Who knows me here anyway!

When he pushed the shades up his forehead, she shifted to the left impatient to take a full look. As he flung the coat over his shoulders and strode ahead, her jaws fell.

‘Morning!’ he stated through curled lips.

‘Mo…r…” he was behind the glass door when she finished ‘…ning’.

Never smelled a man so fresh!

She pulled out her mobile to Whatsapp, and saw there was a message waiting for her from her friend who was anxious if she had reached the workplace on time.

Two minutes later a stream of women walked in. What figures and style! Uh… some shapes, too.

A group halted beside her. Four women stood absorbing an animated monologue by a chick, who was the only one in smart casuals – a bottle-green dress, caught at the waist that brushed just above her knees. In an off-white jacket and matching shoes, she was pretty. Looks older to me though!

Waiting for the elevator, she caught their attention.

“Are you the newbie,” the talkative asked.

Hi, I’m so and so….and she grabbed her hand, followed by a volley of questions. By the time, the elevator took them to the 12floor, the group of women learnt everything from her place of birth to her previous jobs, stopping short of her sizes, which she presumed the five mute spectators measured up to the last inch.

The manager’s secretary escorted her to her workstation.

She sat taking in the place. Two among the five women were facing her, while she was sandwiched between the other two. Her new friend was at the opposite cubicle. She smiled, when one of them made an eye contact but she returned to tapping at the keyboard. She attempted the ice-breaker to others, and they were equally aloof.

Two hours later, the intercom buzzed. The conference room was suffocating in tense silence. She stealthily slipped across and stood beside her new friend, who now adorned a purposeful demeanour.

“Why are we called here?” she whispered.

After a few minutes. “Who’s gonna to meet us?” she tried again.

“Can you just shut up!” as her new friend hissed, she slipped. In stormed her man!

Those who were sitting, jumped up. Those standing, slumped against the wall as he towered over with a bundle of files in hand. Those teasing grey eyes that lifted her off her feet just a few hours earlier was ugly hawk-like piercing through each one present. She felt his temple pulsate to the rise and fall of the stripped light-blue shirt beneath his shoulders.

He flung the files and thumped the table and the heads fell as if taking the blows on their scalp.

“Bloody hell….what the f***…..’ the obscenities that followed, the tone that echoed, the anger that vibrated… she trembled.

After 7 minutes of tyrannical showdown, he kicked the chair out of his way and headed out. Stopping by the door, he turned to look at her, “Did you meet the HR head?”

She just about managed to shake her head.

“Did you or not?” he thundered and without waiting for her reply instructed his secretary to get her joining report ready and disappeared.

She heard a collective heave and realised she had to breathe in.

Hushed talks followed as the herd returned to their stations, some for smoke breaks. She went looking for the secretary. On not finding her, she headed towards her new friend desperate for some normalcy.

She enquired about the secretary’s  whereabouts and received a cold stare. Gingerly she pulled a chair. “Don’t you have anything better to do? Stalking me since morning…”

She returned to her cubicle. In a courageous effort to appear calm, she took her mobile, when the two woman colleagues beside her pulled over. One stroking her head and the other taking her palm in hers, they said, “Ignore her.”

Meanwhile, the other two women leaned over “Smile girl”, said one. “We are all here for you,” said another.

One said, “Keep away from that hot-fuse. If she speaks to you, simply listen. Don’t react, reply or analyse.”

“You’ll be fine,” hugged the one on her side. “We’ll teach you how to survive here.”

“Trust us. It’s a good place to work. It’s how you look at things.”
Look at looks…perceptions!