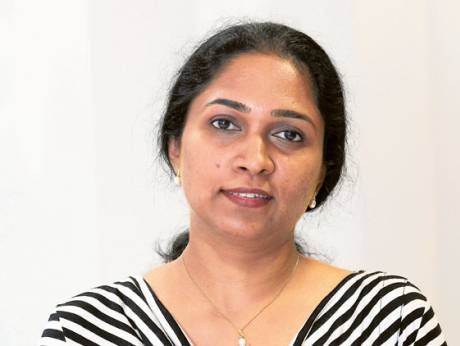 The unrelenting journey of self-discovery is a subject that has always attracted both writers and readers. We are fascinated, and appalled, by how quickly men and women are brought into a state of helplessness, unable to call on their own free will, sanity or morality. Most riveting of all, perhaps, is the tension that emerges between extreme emotions and facing harsh reality, and an expanded desire to survive to realise their dreams.
The heroine of Nisha Sanjeev’s first novel, Anamica: The Secret Of Her Awareness”, is nothing if not a survivor.
“The name was deliberately chosen because Anamica means a nameless person. She has everything in life, [but] is still unhappy. She plays varied roles to please her loved ones, [but] only when she starts respecting her own dreams, she discovers herself,” Nisha describes her protagonist. She says, Anamica — a novel inspired by her own trials and tribulations — “has helped me to find the real me”.
Asked how much of Nisha is in Anamica, the 38-year-old Dubai-based writer says, “Almost 80 per cent of incidents mentioned in the book are mine.”
Like many other writers before her, Nisha, who calls herself “a reluctant journalist, a crazy poet and a passionate writer”, faced several rejections from publishers for her novel that is mostly written in free verse (100, to be precise). But it did not stop her from believing in her craft. “The whole process took me a year. I had three drafts. The first was only poems. The second draft took me about three months. And then I didn’t work on it for almost five months. When I returned to the manuscript I wasn’t happy. So changed I it for the third time.”

The novel, which draws on Nisha’s experiences growing up in a middle-class south Indian family, is narrated by Anamica. Her thoughts and values are deeply rooted in tradition but she “wastes her time garnering all socially accepted status symbols”.
What follows is a conversation with her own conscience/alter ego, LMC, insisting that she lives by the principle “the thoughts we think and the words we speak create our experiences”. It is not, it has to be said, an entirely successful experiment.
Anamica’s anger about office politics and pesky relatives emerges in unexpected and jagged ways — ways that feel authentic but somewhat beyond her control as a narrator — often reaching a hysterical pitch.
“This is a middle-class syndrome. They are always unhappy, cribbing, complaining and whining. But rarely do they stop in their tracks to see why they feel they are the unfortunate lot,” Nisha explains Anamica’s sporadically incoherent rage against the ways of the world. “They lack the courage to do what they want to do. You need to be selfish in life to be selfless.”
Nisha — born and raised in Hyderabad — says Anamica’s story resembles that of every middle-class Indian woman. “Any middle-class woman will relate to this. In fact, some of my friends rang me up to say they could identify with some chapters.”
Suffice to say that there is nothing even remotely thrilling about Anamica’s traditional morality tale, but it does make an effective calling card, if not an elegant structure. Nisha shapes this two-person narrative into a story that readers could follow. Anamica does not demand much.
While Anamica: The Secret of Her Awareness proves to be candid and undeniably affecting — where the everyday portrait discloses wistfulness and resignation of an educated, professional woman — the writer raises absorbing moral quandaries, particularly about the possibilities of moving on.
“Great people are the ones who have followed their hearts. You can’t play like Sachin Tendulkar just by watching him, you can’t sing like Madonna by simply going to her concerts, or write like Salman Rushdie by reading his books. You need to practise hard, day and night,” Nisha, in short, gives the premise of her novel.
When the author quotes with equal gusto from Shiv Khera, Louise L. Hay and Robin Sharma, one nervously anticipates yet another exercise in wake-your-conscience-up self-help book. With phrases such as “Freedom without discipline creates confusion” and “It’s all in your mind” generously thrown in, the end result is often a mix of drama and tipsy, maudlin pontification as Anamica seeks meaning in the mess around her, earnestly trying to be good. There are observations of how people close to her and her extended family behave and feel, and of the gap between the mundane and achieving her dream.
“I hope it helps each reader to find their real self. Only when you live your dreams you live your life. Even now when I go through some lines in the book, I cry.”
LMC waxes philosophical towards the finale, with dazzling detours into determinism, but by the time the book has ended, it is not clear that Anamica transcended her mundane life, though she quits her job as journalist and writes a novel which gets published. There are no grand epiphanies. Life goes on as usual, but generously offering up new mornings.
Has anything really changed for Anamica? Superficially, very little. We are left dangling, but in a strangely satisfying way. Anamica finds herself.
Anamica: The Secret of Her Awareness By Nisha Sanjeev, Dhruv Publishing, 270 pages, Rs275