Every dog has its day…today! 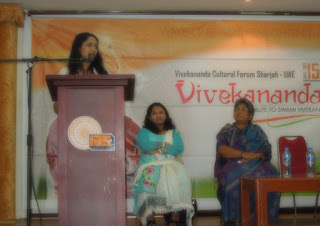 18 Jun Every dog has its day…today!

Posted at 00:00h in Blog by nisha 0 Comments
The Financial World published this on June 18 under the title ‘What makes News in this viral world?‘

But I prefer the doggy title…

….because as you see even I’ve had my days…

‘Dog bites man’ is not News. ‘Man bites dog’ makes News. So I was taught and I have been following diligently until the virus corrupted my sense of judgment. I woke up to the fact the ‘man biting dog’ can be insipid in this age, because every dog is having its day. If you thought one is worth his salt a pinch more, you will regret having formed an opinion too early. The viral world doesn’t let you see a pattern, forget setting one.

If you thought something did well and attempted at mimicking the same you will be left chewing the bone. Alone. You never know what word or action will catch the fancy of billions. Any idea why Psy’s Gangnam style got infants and the aged alike to lift their feet? When our very own Kolaveri happened, I thought better of it. But now with the Korean going bonkers, I prefer our Tamil beats. May be it’s got to do with native virus in my ears that’s hung itself.

One suicide has caught the fancy of the whole nation, whose many citizens opt for similar endings for, again, similar alleged reasons. Yet Jiah Khan and her boy of afriend have captured curious public interest. Probably it was the heart-felt note that was uploaded for public viewing that did the trick. So, will another high profile suicide with a love-torn note create such frenzy. No betting on that!

When IPL scandal exploded in multi-colours and cricket lovers gave up in sighed resignation, one player sprung up more popular for reasons other than the alleged case. His Dawood Ibrahim jeans! Trust underworld to make light of issues? You may end up counting stars, if yours are not aligned right.

Attempt speaking about the bombs that blasted in 1993; add as many gory and insensitive adjectives and adverbs to the incident, and you will still have people groping for the connect. But open with Sanjay Dutt and emotions, reactions and actionswill explode unto you that you will regret even having mentioned it. The actor has covered the real faces behind the blast. Wanna stress home the futility point in an unfortunate incident by using glamorous face in future. By all means, at your own risk!