… a contraceptive that got people into overdrive 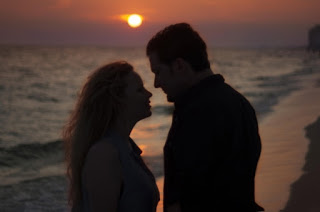 06 Aug … a contraceptive that got people into overdrive

Bans are like contraceptives, they make users go into reckless overdrive

And as if on cue to demonstrate the idea of the governments’ decision, leaders expose their dirty minds. Bharati’s sexist remark about Delhi becoming safe for ‘beautiful women’ to walk at night is sad. If we can take solace that he represents the average filth of just a party or a certain section of society, I fret to think of what to make of PM Modi’s ‘despite-being-a-woman’ comment, and that, too, on a foreign land. Now, that’s crossing the boundaries!
To term these as ‘gaffes’, ‘slips’, or merely ‘irresponsible’ is gross ignorance. Such expressions are toxic fumes emanating from the growling reaction of the mirth of their deep-set conditioning that begin frothing on the slightest trigger.

Generalising judicial orders to accommodate selfish motives and applying it on parallel grounds should be contempt of court and punishable. By using child pornography as a bait to buckle in ulterior motives is missing wood for the trees – to be modest – and rudimentary at the least.

Again, it’s not only about people’s freedom of expression that is curtailed here, rather it’s about what such holier-than-thou attitude can lead to. Internet censorship is a terrain that needs to be handled with care.

Isn’t the government aware of erotica forwarded on mobile groups for a laugh or that instant stress-busting pleasure? WhatsApp debauchery is also appalling, if we consider the fact that mere words can set minds ablaze. Will the government screen through the varied lexicons to ban words? Mere gestures can arouse people. Will the government appoint moral polices on streets? From Kamasutra and Ajanta and Eloro caves to 50 Shades of Grey, Indians have lapped it all up. But now, websites that portray the same are blamed for rapes and pervasive males’ sickening traits.

A progressive government’s regressive act! But then, knowing what an ambitious leader we have in our PM and his record-breaking vision, would it be far-fetched if the government considered the UN report stating India will overtake China by 2022 in population, seriously.